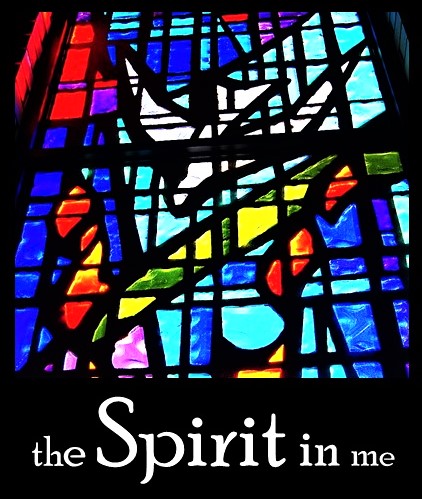 I was raised in the Christian faith.

I started having serious doubts in high school. By my first year of college, I was experiencing a full spiritual eclipse. I thought I looked pretty stellar on the outside, but internally I was imploding. I was trying to make the world orbit around me, and succeeding in making my soul into a black hole.

This started to dawn on me when I first read C. S. Lewis’s Mere Christianity. The things he said about self-centeredness being the most dangerous and vile sin, really the root of all sin, hit me like a meteor.

At that time, I started hearing the Good New of Jesus with new ears. I’d heard it all my life—like your grandma offering you thirds on casserole—I’d had more helpings of forgiveness than I could stomach.

But when I heard it at 19-and-a-half, it never tasted so sweet, and I had never felt so hungry. I couldn’t hear it enough: even though I had chosen myself over him, the Father of Jesus still chose me and wanted to keep raising me up as his son.

I more I heard the Gospel, the hungrier I got. All I wanted was to make Jesus famous.

That’s some of my experience of the Holy Spirit’s work in my life.

What’s yours? Have you ever shared it with anyone?

I’ve listened to a lot of stories like this. And I’ve heard the Holy Spirit’s role described in various ways.

Roles of the Spirit

Here are the top four ways I’ve heard people describe the Spirit’s work in their lives:

There’s probably a genre of movie that’s a tear-jerker for you. At my stage of life, it’s any movie with a plot line that involves a dad neglecting his family and his children, seeing them suffer for it, his heart breaking when he realizes this, then he resolves to do better.

A recent one for me was the Lego Movie. It’s about Emmet, the Lego guy, who just wants a friend, but is practically invisible to everyone. By the end it’s revealed—spoiler alert—the Lego universe resides in the man cave of some dad who’s so caught up in his work and his hobbies that he doesn’t pay attention to his son, who just wants to be like his dad. When the aha moment comes and we realize that the Emmet-versus-Lord Business drama is a parable for son and father, that’s when I start jerking back the tears.

Sometimes people talk about the Holy Spirit’s work in their lives like a tear-jerker. He showed them their sins. He crushed them with an awareness of their wretchedness, then moved them to tears with the Father’s forgiveness in Jesus.

Baseball games have fair amount of down time. Mascots help spice things up. One of my favorites is the San Diego Padres’ Chicken. I love it when he gets schooled in a dance off with Barney the Dinosaur …

You might hear someone share how their faith used to be as dull as watching warm-ups at a baseball game. But then the Spirit came like a cheer-leader and hyped them up.

A pastor who was working in a middle eastern country told this story about a Muslim man’s conversion to faith in Jesus. The man’s name was Pramana. One night, Pramana was fasting and waiting on a revelation from God.

A voice without a body came to him and said,

Pramana had never heard of Jesus before. The voice continued:

“Get out of bed, go over the mountain and walk down the coast. When you get to the city at daybreak, you will see two men. They will show you the way to a house. When you get to that house, knock on the door. When the door opens, tell the person why you have come.”

So Paramana did as he was told.

He walked all night and arrived at the city by morning. He saw the two men and they gave him directions. He came to the house and knocked on the door.

Without another word, the old man grabbed him by the shirt and pulled him inside.

And he told him his story. Turns out, the old man was one of the handful of Christians in the whole country. And the Holy Spirit of the living God had led Pramana to his front door. The old man told him the gospel. And Pramana became of a follower of Jesus.

Sometimes the Holy Spirit sounds like a fortune-teller, a supernatural revealer of the future. 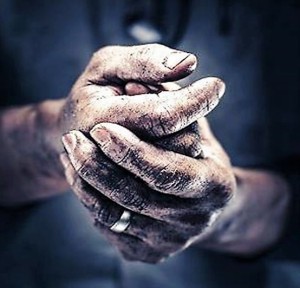 How do you recognize a mechanic?

Look at his hands. The grease under his nails will tell you. Years of labor have left his hands marked by his trade.

The same could be said of some Christians. Through years of laboring with the liturgy, singing hymns, listening to sermons, saying prayers, week in and week out, the Holy Spirit has rubbed off on them. It might not be obvious. But, if you studied them, you would notice something different—the way they talk and the way they serve; the way they celebrate and the way they grieve.

Like grease in the lines of a mechanic’s hands, the Holy Spirit has left his mark on them.

Cause for a Supplement

As with any metaphor, these four ways of describing the Spirit’s role have their strengths and shortcomings. We need another way to think about the Spirit to help us avoid the worst and see the best in each of these. 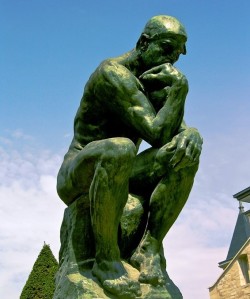 What causes a statue to be what it is?

The sculptor is the primary cause of the statue.

Plus, there’s the final image of the statue in the sculptor’s mind, which is also a kind of cause. An experienced sculptor wouldn’t start the project without a clear image of the goal.

A sculptor often uses tools. In a lesser way, the instruments—hammers, chisels, and files—are also a cause. Finally, the sculptor doesn’t create out of nothing, but uses a material, bronze, for example.

So along with the primary cause—the sculptor—there are three related causes: the instruments, the material, and the image of the final goal. 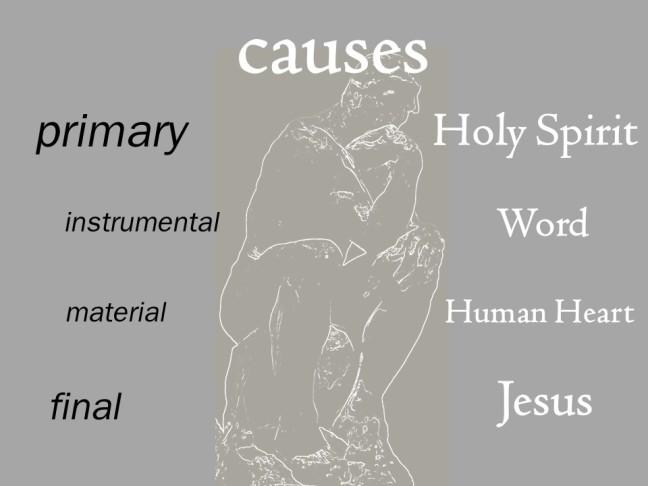 In your life and mine, the Holy Spirit is the sculptor. His goal—the image he has in mind for us—is Jesus.

The Spirit is making Jesus’ famous by sculpting adopted sons and daughters of God into the image of the one-and-only Son of God.

What are his instruments? He uses the Word spoken through the voices of His people.

He uses the Word made visible in Baptism and the Lord’s Supper. These are the Holy Spirit’s means of grace—his tools to shape the material.

What is his material?

You and I are. Our hearts, minds, will, emotion, conscience—our whole, unique personality is his material. When he converts us to faith in Jesus, he works with us as individuals, with specific experiences, memories, traits, and talents.

He may bring us to tears. He may make us stand up and cheer. He may lead us in some supernatural way. He may rub off on us through long labor with the liturgy. He may do all of the above.

So, what’s your story?

How has the Holy Spirit been working in your life?

The cover image is a photo of a stained glass window at Thrift Baptist Church in Charlotte, North Carolina.

The music for the San Diego Chicken video is from Axe of the Apostles, a band created by students at Concordia Seminary, circa 2010. Check out their debut video, “The Spirit.”

The story about Pramana comes from the book, The Insanity of God, by Nik Ripken.

Understanding the Spirit’s work in terms of efficient, material, instrumental, and final causes comes from the Formula of Concord in The Book of Concord.  The Lutheran Confessors got these categories from Aristotle.

2 thoughts on “The Work of the Spirit”