Lords Vader and Voldemort are classic villains because once you know their story, you’re ready to damn them to hell, yet simultaneously, you feel sorry for them. 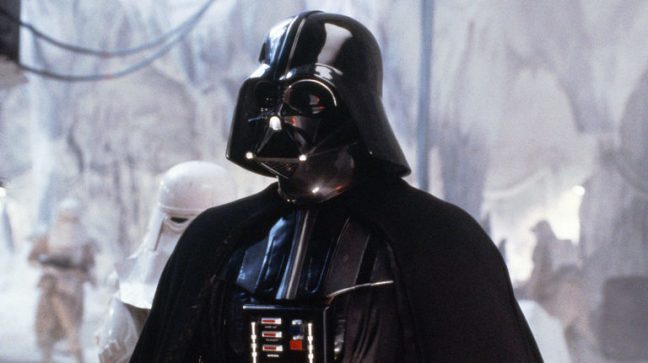 He butchered the young Padawan’s in the Jedi Temple, tortured Leia, froze Solo, dismembered Luke’s hand, and choked out countless imperial officers. He thinks he’s the master, but Obi Wan said it: “Only a master of evil, Darth.” And yet … as a boy he was taken from his mother. Then the Tusken Raiders killed her. He only wanted to save Padmé. He tried to rule the universe to protect the ones he loved. Trapped in forces beyond his control, he created his own misery.

Pity is harder to come by for He-Who-Must-Not-Be-Named. Vader was a cold, calculating imperial soldier. But, look at him, Voldemort’s a soulless, unicorn-blood drinking serial killer. Beyond redemption, there’s no moment of emperor-deposing repentance for him. In the end, his own killing curse rebounds on him in well-deserved poetic justice. And yet … deep down, Dumbledore knows he’s Tom Riddle—an orphan, left out in the cold as a baby. Maybe with loving parents everything could have been different?

Whether Vader or Voldemort or some other, it’s difficult to decide how we feel about an ideal villain. Some villains are too easy to hate. They’re one-dimensional. We demonize and dismiss them. But a villain reaches the ideal when we see ourselves in them.

I recently attended a lecture by a Holocaust survivor, Dr. Inge Auerbacher. She told us about her town doctor in Germany. “He was kind and took good care of our family,” she insisted, “It didn’t matter that we were Jews.” Then she revealed that the same doctor worked for the Nazis and did medical “experiments” on Jews, killing many in the process. “I wonder,” she commented, “if there’s some evil person in us all?”

As the saying goes, “There—but for the grace of God—go I.” It’s a confession that under similar circumstances, I could do that. I could become that. Considering this, what is the most appropriate feeling toward our villains? Wrath or pity?

Oh, where do we begin? The rubble or our sin? – Bastille, Pompeii

The Bible presents a complex answer to this question. On the one hand, we are to blame for our sin. We are guilty and provoke God’s wrath (Jonah 1:2). On the other hand, we are enslaved by evil. We are held captive and God is moved to pity (Jonah 4:11). Both responses come from God’s love. He is angry over our sin because he wants better for us. He pities us in our captivity and moves to deliver us from evil.

The Biblical narrative presents a multidimensional view of sin. Listening to its story as our own, we experience God’s wrath and pity for sinners like us.

What Sin Means for God

The Old Testament prophets stretch human language to find suitable metaphors to proclaim the Lord’s love for Israel. As much as a protective father loves his children, Yahweh more fiercely loves his people. A newly-wed husband is madly in love with his bride and jealous for her heart, and Yahweh is even less willing to share Israel’s affection with other gods. Israel’s sin is infidelity and betrayal. She’s cheating on her God (Jeremiah 3:19–20).

What Sin Means for Us

God built trust with Adam and Eve. He is their Creator and supplies all their needs. He is their friend who walked with them in the garden in the cool of the day (Genesis 3:8). On their own, they were incomplete. “It is not good for the man to be alone” (Gen 2:18). He made them for relationship with him and each other.

Then came the serpent. Initially, we’re not told who he is or where he came from. But two things are clear: (1) he is only a creature and therefore is under the Creator’s power (Gen 3:1); yet, (2) his words have power over the man and his wife (3:4–7). He deceived them.

They broke faith with their Creator. They betrayed their friend. They destroyed the trust God had built. They became curved in on themselves, fracturing all their future relationships. From this point forward in the narrative extending from Genesis to Revelation, the sons of Adam and the daughters of Eve are presented both as victims to be pitied and victimizers to be punished. As victims, they must be rescued, like the Children of Israel in Egypt, held captive by evil powers beyond their control (Ephesians 2:1–3). As victimizers, they must be confronted and held accountable for mistreating the foreigners, fatherless, and widows in their land (Jeremiah 22:3), and above all, for breaking the heart of their God (Hosea 11; Matthew 23:37).

It’s a complex picture we tend to simplify. We prefer one-dimensional villains. We want to say either-or instead of both-and. We either want to excuse and feel sorry for our villains or demonize and dismiss them—even when they are us. Life would make more sense if we could either be victims or victimizers. If we were only victims we could blame others for our problems. If we were only victimizers we could change whenever we wanted.

Rejecting the doctrine of original sin is an attempt to simplify the Bible’s complex picture of sin.

Seen only from the victimizer perspective, it seems impossible to say it’s original, which is to say, inherited. If it was something passed down to me, like a genetic trait, how can I be held responsible and expected to change?

Seen only from the victim perspective, it seems impossible to call it sin. I can’t be blamed for it any more than children born into slavery can be blamed for their captivity.

It seems inconsistent to hold these together, yet both are true to experience. Alcoholism may be a good example. Many recovering alcoholics testify to the power of working The 12 Steps, which paradoxically include admitting “powerlessness” (Step 1) and “making a decision” (Step 3). The tension is held together around Step 2—dependence on a “Power greater than ourselves.”

This complex understanding of sin and evil is expressed in the variety of forms for confession used by my church body:

“We … cannot free ourselves from our sinful condition. Together as His people let us take refuge in the infinite mercy of God, our Heavenly Father, seeking His grace for the sake of Christ, and saying: God, be merciful to me, a sinner.”

“Forgive us, renew us, and lead us, so that we may delight in Your will and walk in Your ways to the glory of Your holy name”

– Divine Service Settings One and Two, The Lutheran Service Book

And my personal favorite, from Luther’s rite of confession in the Small Catechism:

“I am sorry for all this and ask for grace. I want to do better.”

Paul Ricoeur’s book The Symbolism of Evil made me think a lot about sin and evil in relation to wrath and pity.

Also, Robert Kolb’s chapter on Sin and Evil in The Christian Faith

Finally, thanks to Lego Batman for introducing me to Lego Voldemort.

2 thoughts on “Sin and Evil”